Yang Sheng, Global times, January 2, 2023 — China is fully prepared for any challenges and uncertainties that might occur in the international arena and the country stands ready to counter any provocations that threaten its national security and core interests. At the same time, China, with an open and inclusive diplomacy and an economy that shows great resilience and potential, will keep contributing certainties to the world in 2023 as it has played a leading role to improve and reform globalization which is being hit by headwinds, experts said.

The world experienced many challenges and crises in 2022, and those  unsolved problems will keep troubling the world that is already in turbulence. Analysts predicted the US will continue to provoke China on the Taiwan question, use the Ukraine crisis to weaken Russia and the EU, and new dangers might emerge in the Middle East, where Washington is pulling out and leaving a messy situation for regional countries. The US’ problematic economy might bring a new round of huge crisis that further damages the fragile global recovery, some observers said.

Chinese President Xi Jinping said in his 2023 New Year Address on Saturday that “Changes unseen in a century are unfolding at a faster pace, and the world is not yet a tranquil place. We cherish peace and development and value friends and partners as we have always done. We stand firm on the right side of history and on the side of human civilization and progress. We work hard to contribute China’s wisdom and solutions to the cause of peace and development for all humanity.”

The world is expecting China to play an even more important role amid the turbulence, and other major world powers are making efforts to develop ties with China and seek more certainties.

Russian President Vladimir Putin said during a videoconference with Xi on Friday that he looks forward to an in-person meeting with Xi on a “state visit to Moscow in the spring of 2023,” TASS reported. French President Emmanuel Macron is also expected to visit China early this year, according to the Guardian, as he expects China to play a mediating role in the Ukraine crisis and both sides to build on and develop bilateral ties as well as China-EU ties without interference from any third party.

The US is seeking more communications with China to manage the current tension as China continues to make efforts to bring bilateral ties back on track after the top leaders of the two countries reached consensus in Bali, Indonesia ahead of the G20 Summit in 2022. US Secretary of State Antony Blinken is also expected to visit China early this year. Since the APEC 2023 meeting of economies will be held by the US and the G20 Summit will be held by India later this year, many observers predict visits by the Chinese top leader to the US and India that could repair the damaged relationships. Therefore, China’s head-of-state diplomacy will attract high attention worldwide in 2023, experts noted. 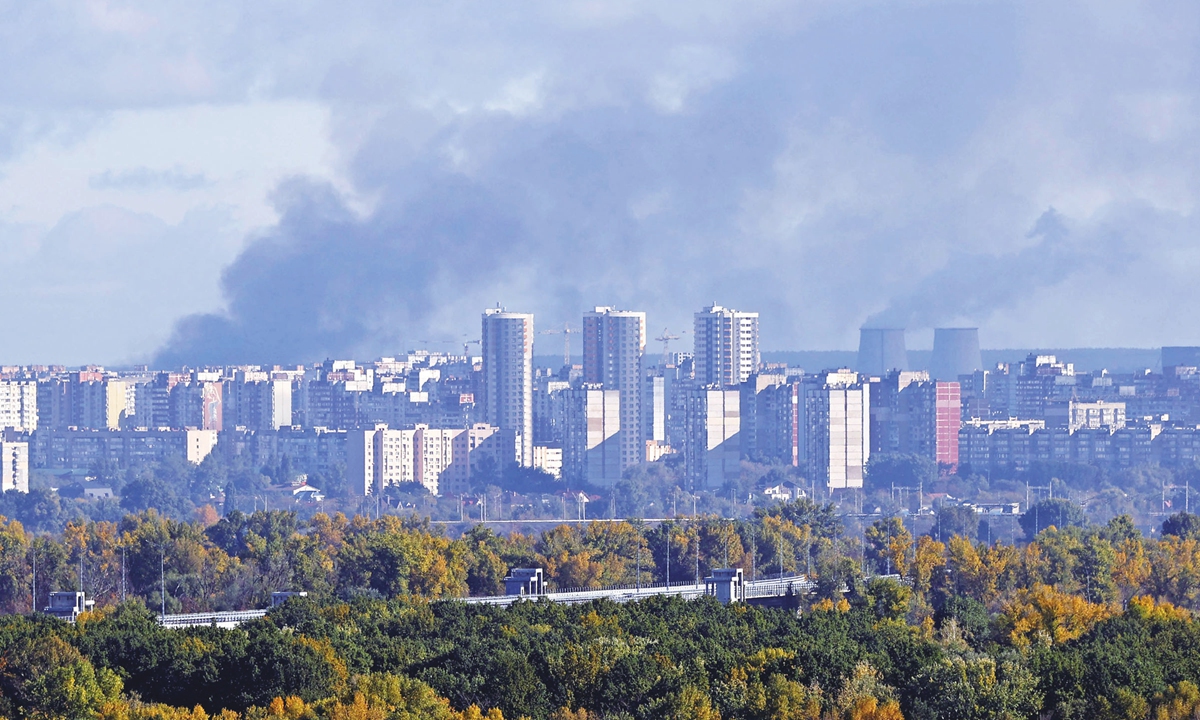 China’s diplomatic missions will earnestly expand the country’s global partnerships based on equality, openness and cooperation in the new year, Wang Yi, director of the Office of the Foreign Affairs Commission of the Central Committee of the Communist Party of China, commented in a signed article published on Sunday in the first issue this year of the committee’s flagship magazine Qiushi.

China will deepen strategic mutual trust and mutually beneficial collaboration with Russia, and it will discuss with the US the guiding principles of mutual relations, and engage in further fine-tuning to ensure relations go on the right path, Wang wrote in the article.

As Republicans take control of the House of the US Congress, US foreign affairs will be further influenced by the poisoned and extreme political atmosphere in Washington, said Lü Xiang, a research fellow at the Chinese Academy of Social Sciences. “So even if the White House wants to make some efforts to fix ties with China, US President Joe Biden will meet huge obstacles in the Congress,” he said.

An upcoming threat for the China-US relations is that Kevin McCarthy, a hawkish Republican politician who is expected to become the new Speaker of the US House of Representatives, might lead a delegation on a provocative visit to the island of Taiwan, according to the VOA and Bloomberg. This will result in another round of tension in the region, experts said.

The People’s Liberation Army might use the possible US provocation as a chance to take a series of decisive actions to keep expanding its military presence and activities in the region to reinforce and improve the existing overwhelming advantage against the secessionist authorities of the island, as the Chinese military did in August 2022 after former house speaker Nancy Pelosi’s provocative trip to Taiwan, analysts noted.

There is a possibility that the Russia-Ukraine conflict could escalate into direct conflict between the US-led NATO and Russia, said Li Haidong, a professor at the Institute of International Relations at the China Foreign Affairs University.

“The US has already announced that it will supply the Patriot missile defense system to Ukraine, and with the fierce fighting on the battlefields, Washington might supply Kiev with more destructive weapons that will seriously threaten Russia’s national security. Then Moscow might be forced to take more direct action to retaliate, so mediating the crisis will be more and more difficult in 2023,” Li told the Global Times.

“The US’ problematic economic situation and the failed handling of inflation by the Biden administration could also cause a new global economic crisis that will seriously damage the global recovery,” Lü said.

Li echoed that many economists are pessimistic on the US economy and there is uncertainty over whether the world economy will embrace a global recovery or a worsening recession.

Lü said China hopes to bring ties with the US back on track, and is looking forward to cooperating with the US on multiple issues, but “we are also realistic and preparing for any scenario, including the worst one.” 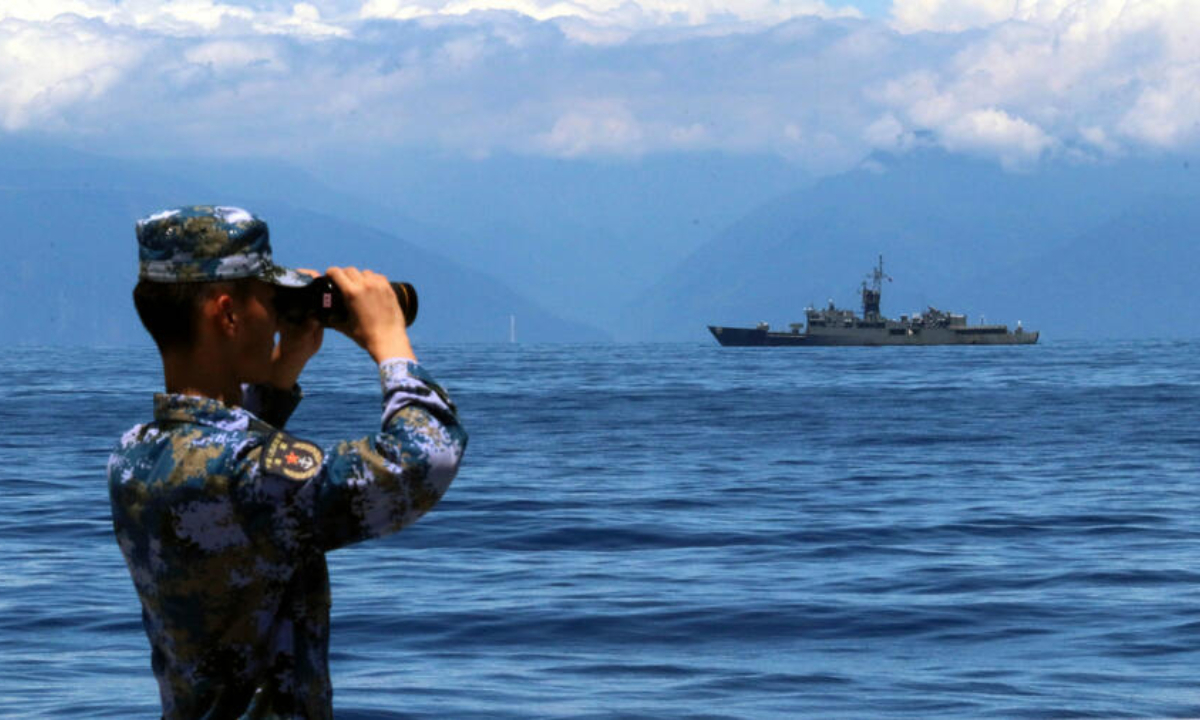 A soldier looks through binoculars during combat exercises and training of the navy of the Eastern Theater Command of the Chinese People’s Liberation Army (PLA) in the waters around the Taiwan Island, Aug. 5, 2022. The Eastern Theater Command on Friday continued joint combat exercises and training in the waters and airspace around the Taiwan Island. Photo:Xinhua

Wang Yi said in his signed article that China will “provide more convenience for the exchange of visits with the outside world” and “secure a stable and well-functioning production chain and supply chain.”

The adjustment of the epidemic control policy in China has brought great change to not only China but also the whole world, especially those who look forward to renewed people-to-people exchanges with China to further boost economic recovery, experts said. But another challenge is that the US is using the COVID-19 pandemic as a tool to keep containing China, as Washington is pressuring its allies to impose unnecessary restrictions to their exchanges with China despite this going against the trend of recovery and the will shared by different countries to bring normal international travel back.

But as long as China’s domestic economic activities have generally returned to normal and the whole country will have overcome the current challenge by the coming spring, nothing can stop the world and China from becoming increasingly connected, Lü said. 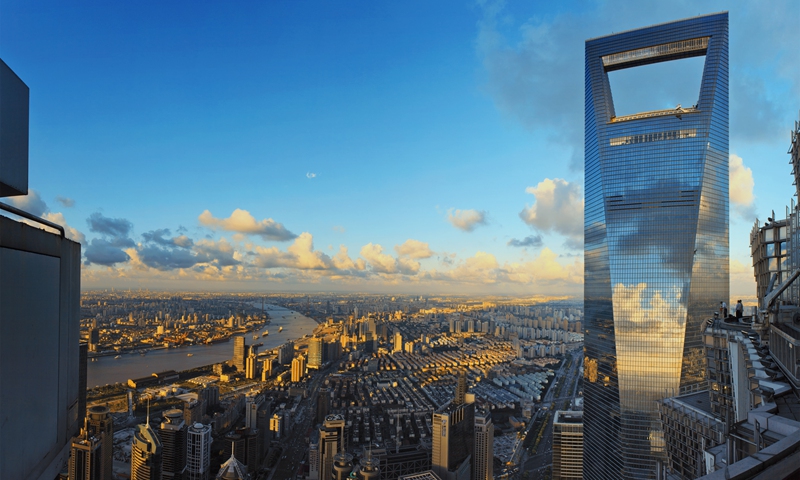 An aerial view of Lujiazui, a financial district in Shanghai File photo: VCG

The Chinese economy has shown its resilience, and even under such a difficult situation, there is no sign of inflation in China. The Chinese government will take a series of actions in 2023 to boost recovery, and all of these will bring confidence to international capital and high-end talents worldwide, and these are the certainties that China can contribute to the world, analysts said.

“Considering the uncertain US economy with high risks and the poisoned political atmosphere in America, capital and talent will vote with their feet between China and the US,” Lü noted.

For the existing food and energy crises, China has already made efforts to work with its partners around the globe, including Arab countries and ASEAN partners, as well as African countries that have a traditional friendship with China, so developing countries are getting more united to seek their own path rather than depend on the West to overcome challenges, analysts said.

China will be more active to play a role to lead the improvement of and reform in globalization, and it will strengthen its efforts to boost multilateralism to form a supply chain that can withstand interruptions by hegemony and unilateral sanctions, which is highly important for a sustainable global recovery, experts noted.