Lin Xiaoyi and Xie Wenting, Global Times, October 12, 2022 — As the world grapples with unilateralism-induced crises that have threatened global peace, China continues to inject a stable, developmental, and cooperative momentum to the world. Over the last decade, China, under the strong leadership of the Communist Party of China (CPC), has achieved great success. This month, the CPC will hold its 20th National Congress, an important political event that draws worldwide attention. In this series, the Global Times will interview diplomats from various countries, who will share their views on China’s development and what it means for the world, as well as their expectations for the upcoming 20th CPC National Congress.

In exclusive interviews with Global Times reporters Lin Xiaoyi and Xie Wenting (GT), Saidmukhtar Saidkasimov (Saidkasimov), former Uzbek deputy prime minister and former minister of foreign affairs shared his expectations for the upcoming event, and his observations on China’s successful course of development under the leadership of the CPC. 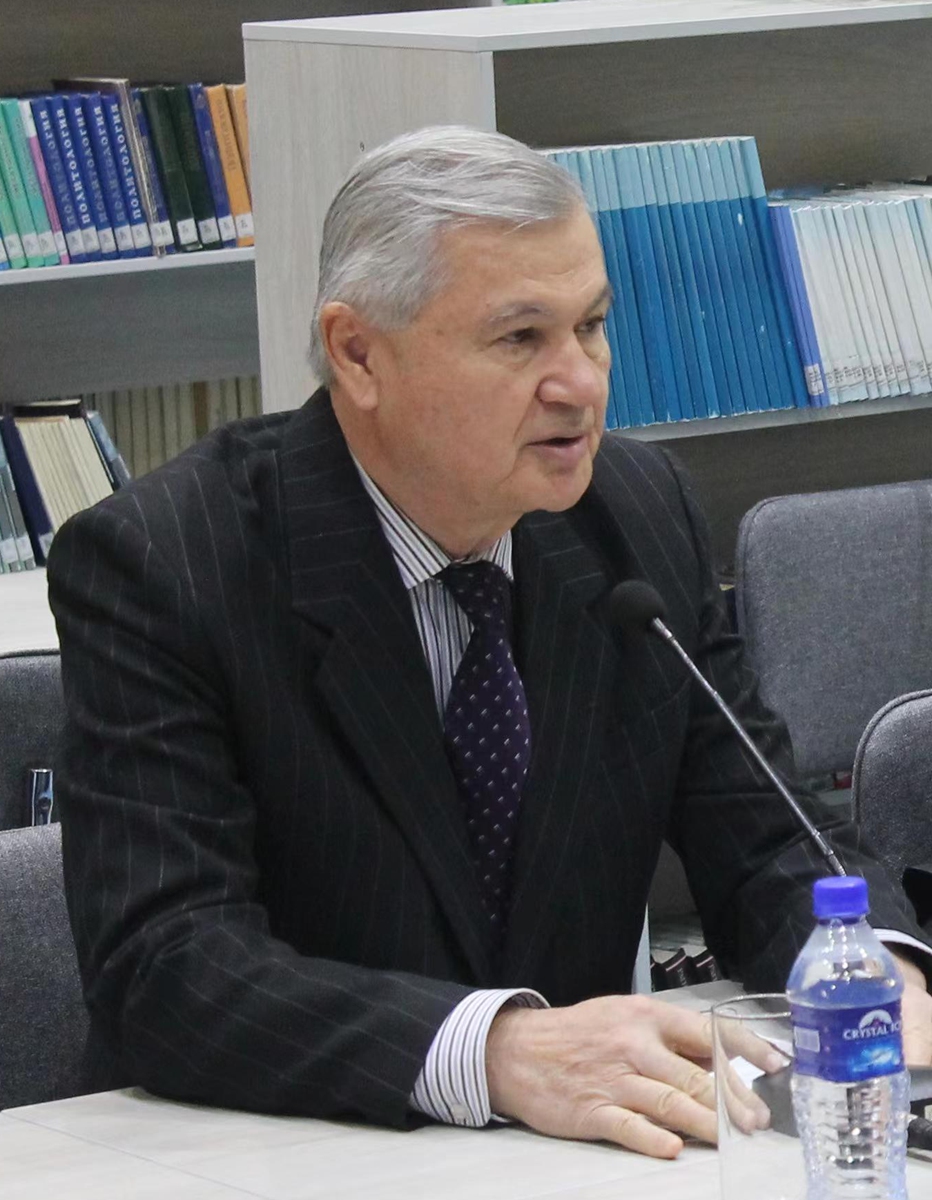 GT: The 20th National Congress of the Communist Party of China (CPC) is set to convene this month. What are your expectations for the upcoming congress? What implications does it have for the world?

Saidkasimov: China’s development and its plans for the future naturally arouse great interest throughout the world given China’s important role on the international stage. According to the established traditions, the CPC makes main, impactful decisions on domestic and foreign policies of the country at its national congress. This grand event attracts close attention, especially from political figures, experts and researchers from all over the world.

Moreover, the 20th National Congress of the CPC is taking place against the backdrop of the complex and turbulent international context, when the situation in the world as a whole is becoming more alarming as large-scale and increasingly fierce conflicts occur in various regions. There are also serious interruptions in international economic and trade ties which have led to a real danger of mass starvation and poverty in many countries. Moreover, the ongoing severe socio-economic consequences from the pandemic and climate change throughout the world, aggravated by the growing energy crisis even in some of the most developed countries, may cause massive social upheavals.

In such an increasingly dramatic situation, the whole world will follow the progress of the work of the 20th National Congress of the CPC as they anticipate new, constructive proposals in solving not only local, but also global problems.

It would not be an exaggeration to say that at present the eyes of the peoples of the world are turned to this major political event in China in anticipation of real, pragmatic decisions, proposals, and actions aimed at reducing the growing tension in international relations and contribute to global peace and prosperity. 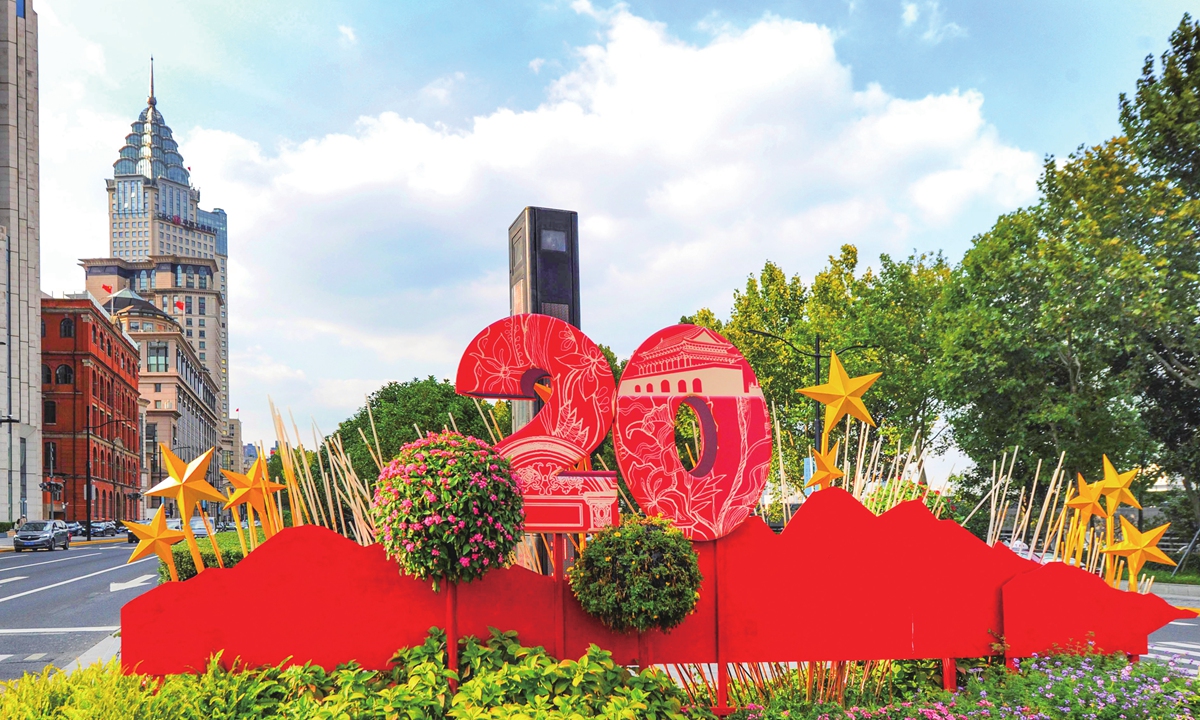 A flower bed celebrating the 20th CPC National Congress on a street in Shanghai. Photo: IC

GT: How do you assess the development and success of China in the last decade under the leadership of the CPC? What has impressed you the most about China’s course of development?

Saidkasimov: Uzbekistan is closely following all the changes in China as a friendly country and a reliable strategic partner. It is noteworthy that the President of the Republic of Uzbekistan Shavkat Mirziyoyev pays special attention to relations with China. We are increasingly interested in all aspects and spheres of its development. We are impressed by the enormous scale of the deep fundamental changes that determine the fate of one of the largest countries in the world. The achievements made under President Xi Jinping’s leadership are fundamentally changing the lives of 1.4 billion people. This is certainly a great achievement by the Chinese people.

The achievements made under President Xi Jinping’s leadership are fundamentally changing the lives of the Chinese people. The wealth of an average Chinese person has increased more than eightfold in the last 20 years. Such indicators speak for themselves and leave a strong impression.

Uzbekistan highly appreciates and supports the Belt and Road Initiative (BRI) that China proposed – an unprecedented plan for the development of transport infrastructure throughout the Eurasian continent.

In general, over the last hundred years, China has gone from a semi-colonial country to an advanced world power and the world’s second-largest economy. And the Chinese people traveled this road together with the CPC. In such a short period, such a huge number of people were able to escape poverty and underdevelopment and reach a fairly high level of development under the leadership of the CPC. This is a rare and unique achievement by the Chinese people in world history.

GT: Could you please share with us your story with China? What was the biggest difference between your first and latest visits?

Saidkasimov: I remember well my first trip to China as Minister of Foreign Affairs of Uzbekistan. It was 30 years ago, shortly after our republic gained independence and diplomatic relations were established between the two countries. China was among the first countries to recognize our new state and open its embassy in Tashkent. The purpose of my business trip was to negotiate with the top leaders of China on the establishment and development of new, mutually beneficial relations in various fields and, as a result, the preparation of the first state visit of the former president of Uzbekistan Islam Karimov to China in accordance with the received official invitation. Soon after, during the successful trip of the former president of our republic to China, solid political, legal, and economic foundations were laid for further comprehensive cooperation between the two countries. It was the time that China had begun to take its first, confident steps toward intensive development. All these years, our relations have been developing very successfully and at a fast pace.

China has also changed before the eyes of the whole world. After a considerable amount of time, I was in China relatively recently to participate in a meeting in Shanghai as a member of the World Council of University Rectors. I saw a completely new country, a new China, I saw with my own eyes colossal changes in all spheres of Chinese society. I cannot recognize the modern, high-tech, civilized, and optimally urbanized cities like Beijing and Shanghai, which I visited many years ago on many occasions. I was sincerely glad of such amazing achievements of our fraternal country.

China has also occupied a special place in my scientific work from the early days of active cooperation between our two countries back in 1992. For 30 years, the University of World Economy and Diplomacy, which I founded, has been successfully training specialists with a good knowledge of China. We have established close contacts with scientists and researchers in China, and exchanges have been established among teachers, students, and researchers. For several years, students from China have been studying in the master’s program at our university, and our students have been trained in leading universities in China.

GT: How do you assess the current level of Uzbek-Chinese relations? What are your expectations for future ties between the two countries?

Saidkasimov: This year marks the 30th anniversary of China-Uzbekistan diplomatic ties. Over the last three decades, China and Uzbekistan have cooperated closely not only on a bilateral basis, but also within the framework of the Shanghai Cooperation Organisation (SCO) and other multilateral platforms.

Under President Xi’s leadership, China has achieved great success in its development, and the friendly Chinese people are resolutely following the path of realizing the Chinese Dream. It was confirmed that Uzbekistan firmly adheres to the one-China principle and strongly supports China’s position on the island of Taiwan, Xinjiang Uygur Autonomous Region, and other affairs. Uzbekistan values strategic ties and coordination at a high level, has consistently regarded China as a reliable partner, and has been and remains a good neighbor and true friend who can be trusted.

GT: As the world enters a period of turbulence and change, unilateralism, protectionism, and bullying are on the rise. How do you think China and Uzbekistan should strengthen their solidarity in the international arena in order to better safeguard the common interests of developing countries?

Saidkasimov: I think that a vivid example of such cooperation was shown quite recently at the Samarkand summit of the SCO member countries, where China is one of the main founders of this largest regional organization in terms of geographic scope and population. Uzbekistan, as the organizer of the summit, managed to ensure the participation of a record number of heads of government from 14 states, which reflected the non-aligned openness of the SCO to cooperate with all interested countries.

Our countries jointly stand for respect and for the right of peoples to have an independent and democratic choice over their political and socio-economic development, the principles of mutual respect for the sovereignty, independence, and territorial integrity of states, equality, mutual benefit, non-interference in internal affairs, and non-use of force or threats of use of force as the basis for the sustainable development of international relations.

Uzbekistan fully supports the Global Security Initiative and the Global Development Initiative put forward by President Xi, aimed at creating a new type of international relations and building a community with a shared future for mankind, which is vivid proof that China and Uzbekistan have expressed their solidarity and firm intentions to continue to consolidate their efforts to jointly promote world peace, development, and prosperity.