21st Century Wire, 16 September 2022 — Amid all of its virtue signaling and moralizing over the alleged actions of its perceived enemies around the world, the American Deep State is ever vigilant to cover-up its own litany war crimes.

This week we learned that a US federal judge has ruled that a massive congressional report on the CIA’s illegal ‘War on Terror’ torture program will remain classified, claiming American citizens have no right to see the controversial document, portions of which have already been leaked to the public by a Democratic senator in 2014.

“The Report contains highly classified information about the CIA’s detention and interrogation policies and procedures that would compromise national security if released, far outweighing the public’s interest in disclosure.”

Another incredible miscarriage of justice… 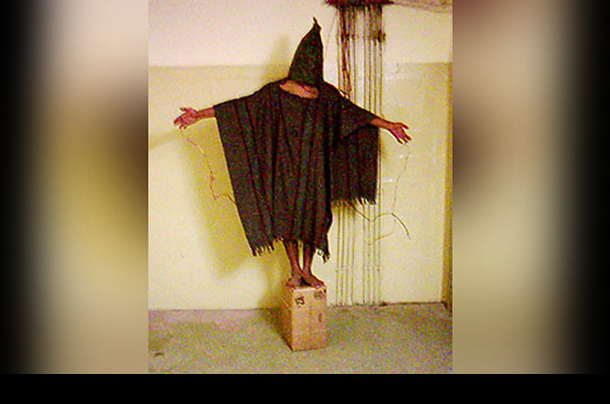 The US government used cruel and unusual methods to torture innocent detainees in Iraq and Afghanistan (Image: Wikicommons)

The U.S. Senate does not have to release its full report detailing the Central Intelligence Agency’s interrogation and detention program following the Sept. 11, 2001, attacks, a federal judge ruled Thursday.

Journalist Shawn Musgrave sought the 6,700-page document, citing a “common law right of access” to public records. The legal argument is conceptually similar to the Freedom of Information Act. Congress is not subject to the Freedom of Information Act, and the U.S. Court of Appeals for the District of Columbia Circuit ruled in 2016 that the report was a congressional record. Musgrave’s legal argument was made in an attempt to get around that limitation.

Common law right of access is decided in the District of Columbia Circuit based on a two-part test that requires a determination that the document is a public record and then balancing the government’s interest in keeping the document secret against the public’s interest in disclosure.

District of Columbia District Judge Beryl Howell ruled that the report “does not qualify as a public record subject to the common law right of public access” because although it was part of the committee’s investigation, it was aimed at gathering information and did not make recommendations or propose legislation. Therefore, she said, it falls under the protections of the 1st Amendment‘s speech and debate clause protecting legislators’ speech while crafting legislation.

“The Report contains highly classified information about the CIA’s detention and interrogation policies and procedures that would compromise national security if released, far outweighing the public’s interest in disclosure,” Howell said in her opinion dismissing the case…

Featured image: By 2006, at least 100 prisoners had died in US custody in Afghanistan and Iraq, most of them violently, according to government data. (Photo: US torture Image by Witness Against Torture)