The Folly of War, US Militarism Continues Apace

Shane Quinn, Global Research, November 12, 2022 — The First World War showed plainly that the resort to armed conflict is the most devious and damaging of all policies. Even in the heart of militaristic Europe, the folly of war had long been noted by prominent and shrewd commanders, such as the Prussian General Hans von Seeckt, one of the most powerful men in Germany from the early 1920s. After taking a neutral stand in Berlin during the failed March 1920 Kapp Putsch, von Seeckt became head of the new German Army, the Reichswehr, and he was responsible for its reorganisation, tactics, training, etc.

Von Seeckt had devoted his life to military affairs and somebody, one can assume, would have represented the very embodiment of armed violence. However, by the early 1930s von Seeckt came to the opinion that “war, far from being a continuation of policy, had become rather the bankruptcy of policy”. Looking back, he drew some obvious conclusions from the bloodletting of the First World War, when he had been Chief of Staff to Field Marshal August von Mackensen. Von Seeckt’s concern was not so much of an ethical nature, but simply because he felt “war was no longer an intelligent way to conduct a nation’s policy”.

“General von Seeckt knew his subject thoroughly well. Far better, unfortunately, than did Corporal Hitler who was soon to assume command of Germany’s defence forces. Even before the invention of nuclear and thermo-nuclear weapons, war had become too dangerous and uncertain for responsible men to embark on willingly. If force was still to be used in national and international affairs, it was obvious to people like General von Seeckt that it would have to be in some other form than conventional war”.

Von Seeckt was supported previously in his misgivings about war by Vladimir Lenin, another astute observer and, like von Seeckt, hardly a soft touch. The Russian leader believed that fighting wars was “a survival from the bourgeois world” and “should be replaced by the class struggle and the seizure of power by the Communist minority”. Lenin expounded that military combat would have to be discarded once and for all. 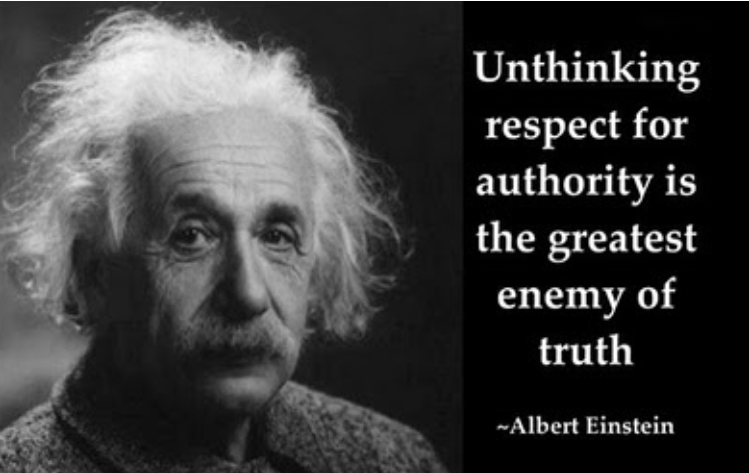 By the 1920s and 1930s it was indeed clear that war, not only morally redundant, had also become too unpredictable and costly for rational heads of state to pursue. Sadly, there have not been too many of these in power since the early 20th century. A generation after Lenin and von Seeckt, stern trepidations regarding war were expressed by Albert Einstein and Bertrand Russell. These esteemed figures were a little late to the party with their forebodings in 1955, a decade into the nuclear age, when they stated, “Shall we put an end to the human race; or shall mankind renounce war?”

Nevertheless their concerns remain entirely relevant, as humanity has done anything but renounce war. The realities of conflict have been disregarded; most frequently of all by the irresponsible leaders of the Western powers, principally America, the nation which has fought the most wars in living memory.

From the early 1950s Washington was centrally involved in the Korean War, through which its air force levelled great swathes of Korea and also destroyed dams. Subsequent to that came the invasion of Vietnam, initiated by president John F. Kennedy, then escalated from the mid-1960s to Laos and Cambodia by his successors Lyndon Johnson and Richard Nixon.

During the past three decades alone, the US has invaded other countries such as Panama, Iraq on two occasions, the former Yugoslavia and Afghanistan. Since the disappearance of the Soviet bloc, much of Washington’s focus has been on the Middle East, which may not be surprising considering this region holds almost 50% of the world’s known oil sources. The US strategy of military means in the Middle East is self-defeating, costly (most of all to the local inhabitants) and has contributed to America’s decline as a world power.

The Coming War on China. Nuclear War is No Longer a Shadow

China on the other hand, mainly through its vastly ambitious Belt and Road Initiative (BRI), has proceeded in its foreign ventures for the large part with due care, and through non-military actions; as Beijing attempts to overtake US power in the Middle East and surrounding territories. China’s Belt and Road policy is centred on financial investments, dialogue and mutual understanding, rather than intimidation by arms.

China is consequently the Middle East’s largest investor, and its trade there is increasing year-on-year. There are indications that Beijing’s influence in the Middle East and Persian Gulf will rise continually in the time ahead, and this will have significant repercussions for Washington. The Middle East’s leaders, wearied by war, terrorism and US drone strikes, have responded to Beijing’s financial plans “with open arms”. The Middle East already accounts for over 40% of China’s oil imports.

Paul Wolfowitz, the US Deputy Secretary of Defense, said in June 2003 that Iraq “floats on a sea of oil”, unlike North Korea as he pointed out. Yet in attacking an Iraq undermined by a decade of Western sanctions, the Bush administration and its oil industry bosses finished up with nothing. Worse was to come as the occupation pushed Iraq closer to its neighbour Iran – and Iraq’s biggest trading partner today is none other than Iran. Together, Iraq and Iran possess almost 20% of the planet’s oil reserves, so the scale of US decline in the Middle East becomes apparent.

Following the Iraq fiasco, Washington has turned much of its gaze towards its primary foe, China. Although the attempted military encirclement of China was enacted by Barack Obama, the level of US arms expenditure – already much larger than any other nation – has increased under Donald Trump as US-Chinese relations worsen. In February 2020 the US president said “we have invested a record-breaking $2.2 trillion in the United States military” including the purchase of “the finest planes, missiles, rockets, ships, and every other form of military equipment”.

Washington’s dependence on its strength of arms is a double-edged sword, as experienced generals like von Seeckt would surely have recognised. The US Army is a colossus with feet of clay, and this became clear with the inability to bend Iraq to its will, or Afghanistan. The threat of force once more involves ominous dangers, not only to China but to the United States. Both being nuclear powers, any war which descends to a nuclear one is unthinkable.

In recent weeks, heavily armed US destroyers have been advancing northwards closer to Beijing, along the East China Sea and Yellow Sea, within short distance too of Shanghai, China’s biggest port and most populous city. In mid-April 2020 an American guided-missile destroyer, the USS McCampbell, was spotted in the Yellow Sea less than 50 miles from the coastal city of Weihai, in Shandong province – and fewer than 500 miles from Beijing, with its 20 million residents. Two months ago another American destroyer, the USS Rafael Peralta, was seen early in the morning advancing to within 135 miles of Shanghai.

In greater frequency since 2018, US destroyers have also sailed through the Taiwan Strait beside China’s south-eastern coastline. The Beijing-based military analyst Zhou Chenming, perplexed with the thinking behind these actions, asked of the Americans, “Are they gathering intelligence to destroy China’s developed industrial regions along the east coast in the future? Are they showing their support for Taiwan’s separatist forces? Or are they preparing to fight a war with China?” Nor have these occurrences been limited to naval exercises. Since the start of this year, there have been dozens of American warplane flights over the South China Sea, East China Sea, Yellow Sea and the Taiwan Strait.

The US military patrols astride China’s shores may be in response to Beijing’s growing assertiveness, for instance in the South China Sea; which has changed in status from US-controlled channels to clearly contested waters. Beijing’s annual military spending has risen from almost $40 billion in 1999 to $266 billion by 2019, a near seven-fold increase. The latter figure is still a fraction that of the US arms outlay.

Washington’s encirclement strategy of China has notable limitations. A map of Asia reveals that China is overall far from surrounded. Northwards lies Russia, the world’s largest country. China is the Kremlin’s biggest trading partner, and investment between these neighbours is steadily increasing. Chinese-Russian bilateral trade rose from $69 billion in 2016 to $110 billion by 2019 and their respective leaders, Xi Jinping and Vladimir Putin, seem to have a warm relationship. Long forgotten is the era of the Sino-Soviet split. Dan Coats, Trump’s former Director of National Intelligence, said in early 2019, “China and Russia are more aligned than at any point since the mid-1950s”.

In December 2019 the Sino-Russian relationship grew closer again, with the opening of the Power of Siberia gas pipeline; on which construction began seven years before and has cost $55 billion. This 1,800 mile long pipeline funnels natural gas from Siberia and southern Russia to north-eastern China. Plans are well advanced to begin assembling a second Power of Siberia pipeline, which would distribute further volumes of Russian gas to China, across nearby Mongolia.

Russia contains the largest gas reserves in the world by some distance, and Moscow has traditionally relied on Europe for its gas exports where US interference is rising. The Power of Siberia pipeline, which is to be extended in future, was laid across some formidable terrain such as swamp land and mountain passes. This feat of engineering may encourage Beijing to overcome its own challenging logistics, pertaining to the proposed Kashgar-Gwadar oil pipeline between China and Pakistan.

Through the China-Pakistan Economic Corridor (CPEC), which is a key element of the Belt and Road, China has been easily the largest investor in Pakistan for years. Pakistan is a strategically important country situated beside the Middle East and Strait of Hormuz. These areas are some of the most crucial on earth, and central to the Belt and Road’s development. It is hoped that the CPEC will spur industrial development across Pakistan. 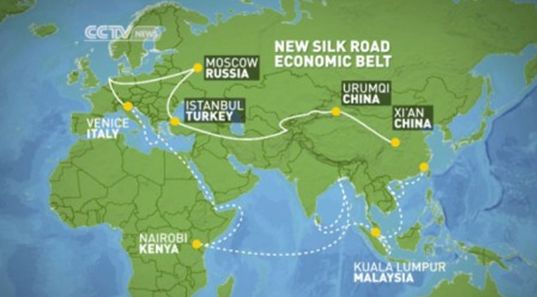 China is neither hampered by US forces along its western frontiers – in resource rich Central Asia – after the Pentagon, six years ago, was removed from its last remaining Central Asian base in Kyrgyzstan. Had the US military been able to retain its presence at the Manas Air Base, near the Kyrgyzstan capital Bishkek, and less than 200 miles from China’s vital Xinjiang province, it would have stood as an obstacle to the Belt and Road’s expansion. The Americans were instead evicted from this important base in 2014 after a Kyrgyz parliament vote, news that was no doubt welcomed in Beijing. China has since moved in and become Kyrgyzstan’s largest trading partner.

Central Asia is a region where Chinese power has increased beyond all measure, and it is clear that Washington has underestimated Central Asia’s significance. In cooperation with Russia, China is the dominant force and biggest investor in Central Asia through which Chinese pipelines criss-cross, and the Belt and Road continues its construction.

This article was originally published on Global Village Space.

Shane Quinn obtained an honors journalism degree. He is interested in writing primarily on foreign affairs, having been inspired by authors like Noam Chomsky. He is a frequent contributor to Global Research.