Taiwan Is A Distraction

Amarynth, Orinoco Tribune, August 2, 2022 — The current hot war of words regarding Nancy Pelosi’s announced visit to Taiwan is reaching a dangerous nexus. And threatening to spill over into military action.

China considers this belligerent approach as a threat to their stated One Country, Two Systems policy as well as a threat to the 1992 consensus. The two sides of the Taiwan Strait reached the consensus in 1992 that “both sides belong to one China and will work together toward national reunification”. It defines the fundamental nature of the cross-Strait relationship and lays the political foundation for its development.

Taiwan is being used as a casus belli (an act or an event that either provokes or is used to justify war) in the very same way that Ukraine was used and is currently used. A war of media, tremendous even brutal propaganda to their own citizens to paint the enemy as evil to justify their own actions, continual accusations using a human rights platform, and doubling down! We see fantastical accusations that Huawei equipment sitting atop poles is spying on the US, China is infiltrating the US Fed, and in professional statements and documentation, China is the second biggest enemy of the US.  The latest are threats to attempt to impose sanctions on Russian oil supplies to China.

The trajectory is exactly the same toward China, using Taiwan as the hot button, as what we observed during the run-up to the Russia SMO with the Ukraine as the hot button.  It is: blatant and intentional provocation and total denial of International Law.

A short history of the current dangerous brouhaha is:

The Chinese are not simply saying no, they have handed this matter to their Military. Whereas their foreign office spokesperson comments, we now get the commentary from the Chinese military spokesperson.

The Taiwan question is the most important of China’s core interests. Safeguarding national sovereignty and territorial integrity is the bounden responsibility of every Chinese, and no one, force or country should dream of separating Taiwan from China – Chinese SC & FM Wang Yi:

• The latest is that US President Biden & China’s Xi Jinping will hold bilateral talks today amid this crisis because the Chinese see this as a direct assault on One Country, Two Systems, as well as the 1992 consensus between China and Taiwan.

If Pelosi tries to visit Taiwan, the Chinese will respond militarily.

Asked to comment on a recent Financial Times report which suggested Beijing would respond military should the speaker of the House visit Taiwan, China’s government confirmed the contents as true.

“We are seriously prepared,” Foreign Ministry spokesman Zhao Lijian said in regards to the article.

“If the US side is bent on going its own way, China will take strong measures to resolutely respond and counteract. The United States should be held responsible for any serious consequences,” the official added.

We do not know what kind of military response, but at the moment, the American aircraft carrier USS Ronald Reagan and its strike group, including a guided missile destroyer and a guided missile cruiser, set out from Singapore on Monday heading northeast towards the South China Sea, according to ship-tracking information provided by Beijing-based think tank the South China Sea Strategic Probing Initiative.  The US military has not disclosed its final destination, but the route would bring the carrier group to the Taiwan Strait if it continues in the same direction.

These provocations are a threat to the whole world, as are the provocations to Russia. Yet, the US and its cronies have failed to overthrow Hong Kong, they have failed to create an economic disaster in Xinjiang to destabilize this crossroad on the Belt and Road, and they failed in the Tibet Autonomous Region which is now a thriving region with no abject poverty or slave ownership of serfs and with protected religious and social mores, they failed the Trump trade war, and they will fail in Taiwan. They are failing in Latin America, they are even failing in Panama to safeguard their neoliberal democratic ‘free world’.

While failing everywhere, they live in virtual reality and most seriously believe that the world belongs to them.

“China will not allow “sanctimonious preaching” or bullying from foreign forces, and anyone who tries “will find themselves on a collision course with a steel wall forged by 1.4 billion people”.  Xi Jinping:

Taiwan is a distraction and a belated and hopeless but dangerous attempt at ongoing relevance from the US.

We wait to see the outcome and it will be China’s national reunification with its recalcitrant province on China’s terms, not imposed terms.  Bear in mind that Taiwan is not a candidate currently for independence. The current government does not dare to call for a referendum as 75% roughly of Taiwanese will vote for remaining with the Chinese mainland.

China Daily reports: For National Reunification we are willing to go to war.

Here are some actual historical facts from Nathan Rich: 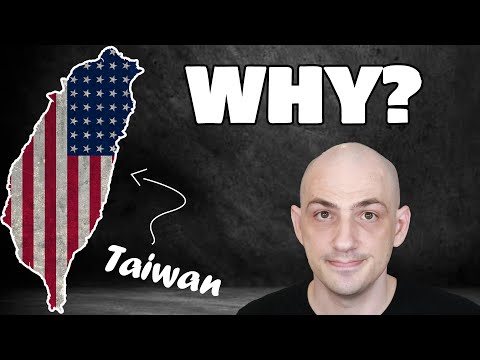