Larry Johnson, Global Research, January 3, 2023 — As someone who played a minuscule role in a CIA information operation that targeted Soviet military operations in Afghanistan in November 1985, I feel somewhat qualified to comment on the mammoth propaganda campaign the United States and Europe have unleashed on Russia. I have never seen anything so perverse and so dishonest.

Let me give you a recent example. Remember this recent “news” headline? “

This was courtesy of the UK’s SUN. Lacking any reliable source, The SUN opted for speculation:

VLADIMIR Putin has cancelled his state of the nation address fuelling rumours he is in hiding from the Russian people and could be in failing health.

Putin’s spokesman finally confirmed the speech – which would be one of biggest in Vlad’s life – will not go ahead before the New Year. . . .

It comes after the mad tyrant also cancelled his end of year press conference and his annual hockey game.

Got it? Putin is either deathly ill — suffering from Parkinsons, cancer, Irritable Bowel, etc. — or deathly afraid of having to explain the ass whooping that Ukraine is delivering to Russia. You see, Putin can’t handle tough questions. Oops!! Wait a minute. We have breaking news. Turns out that Putin held a 48-minute press conference three days before Western Christmas (does this count as “end of the year”?):

It would appear that Putin delights in trolling the Western pundits and media. Does Putin look like a man suffering from some devastating illness? Does he give off the vibe of a guy who cannot control his bowels and is called Mr. Poopy Pants behind his back? Joe Biden could not pull this off even if he consumed Zelensky’s weekly dose of cocaine. Putin is coherent and in command of facts.

It would be one thing if the Western propaganda effort was focused solely on ridiculing and trying to foment opposition inside Russia to Vladimir Putin. But it is not. Western propaganda is demonizing all things Russian — e.g., literature, art, chess, sports figures, and actors and actresses. This approach is not creating a reservoir of good will towards the West. Just the opposite. It is fortifying Russian nationalism and solidifying support for Putin.

This is just one more piece of evidence that Western intelligence agencies have become a toxic, venal clown show. A professional, competent intelligence agency would use propaganda to support a broader strategic goal. So what is the “strategic goal” in attacking all things Russian? Pissing off the Russian people does not strike me as a recipe for bringing Russia under the control of the West. It also fails to provide the answer to the question, “Who replaces Putin?”

I do not even see a Russian version of the impotent Venezuelan pawn, Juan Guaido, who was tossed into the trash bin of history today by his previous backers:

on Friday, dozens of politicians who once backed Guaidó voted in favor of removing the 39-year-old engineer and replacing his U.S.-supported “interim government” with a committee to oversee presidential primaries next year and protect the nation’s assets abroad.

The U.S. mojo for overthrowing foreign governments has fallen on hard times. The last successful Western engineered coup was in Ukraine in February 2014. Since then the U.S. efforts to put their own boy in charge of a foreign government have faltered badly. Not just in Venezuela. Barack Obama and Hillary Clinton, working with the Brits and Turkey and some Gulf States, tried to get rid of Syria’s Bashar Assad and funded a civil war. The attempted coup in Khazakstan in January 2022 was a bust. Syria and Khazakstan shared one thing in common — Russia was their friend and Russia intervened to shore up those governments.

I wonder what the Russia phrase for Mighty Mouse is? 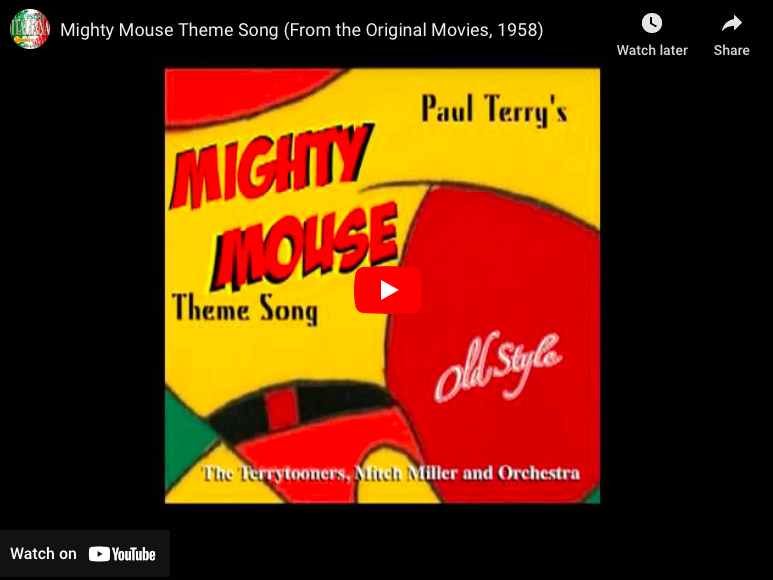 Is Russia the new Mighty Mouse? An interesting question to contemplate on the eve of entering 2023.

Larry Johnson is a bona fide Son of American Revolutionaries. At least 24 of his ancestors, men and women, fought to free the American Colonies from British rule. Some died for the cause of liberty.