Chavista Teachers March in Caracas in Defense of the Bolivarian Revolution

Orinoco Tribune, January 15, 2023 — On Saturday, January 14, hundreds of Chavista teachers took to the streets of Caracas to show their support for the policies promoted by President Nicolás Maduro, and also to celebrate Teacher’s Day.

The document stated that the educators of the country decided to “convene a great national march to guarantee the education of our girls and boys, request direct attention for the sector, and commit themselves as protagonists in the rebirth of the future of the homeland.”

The teachers also highlighted that they are aware of the difficulties they are going through. “That is why today we raise our voices for the comprehensive demands that education workers deserve, we accompany the proposals and demands as long as they remain within the framework of the Constitution.” 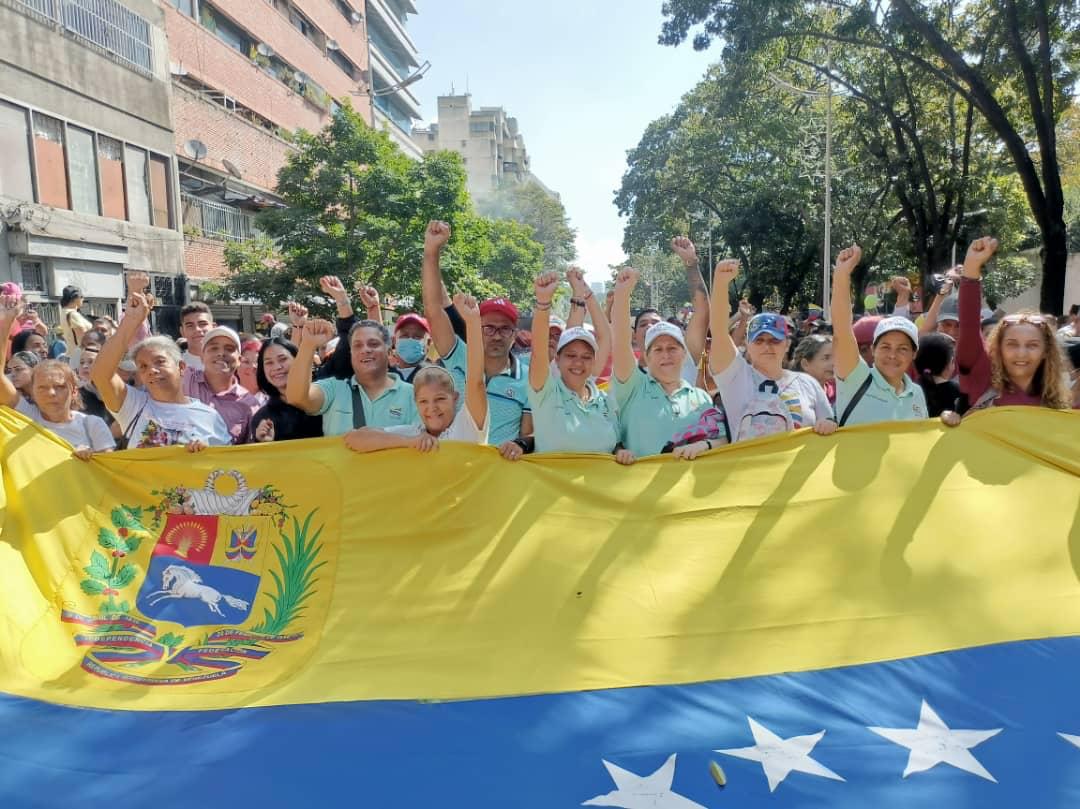 Vice President Delcy Rodríguez, after receiving the document containing the proposals, said, “I come to bring not only the greetings of President Nicolás Maduro, but also his deep recognition for the heroes of education, who have resisted with great dignity and wisdom the economic war of the US government.”

During the demonstration, the teachers raised their voices to defend the achievements of the Bolivarian Revolution in spite of the blockade imposed on Venezuela by the United States and the European Union.

The teachers also called on the people not to fall for destabilizing provocations.

The president of the National Unitary Teachers’ Force Union, Orlando Pérez, said that President Maduro, Minister of Education Yelitze Santaella, and Minister of the Social Process for Work Francisco Torrealba, have acted in defense of education, salary and job stability for educators.

“This Revolution defined education as a human right in its Constitution, an old demand of Venezuelan teachers, and today we cannot violate it,” he added. He also urged teachers not to abandon the classroom, and to defend the educational community.

In the last few days, teachers’ groups have mobilized in Venezuela in demand of salary improvements to compensate for the deterioration of salaries as a consequence of the recent devaluation of the bolívar.

President Maduro and other members of the government have announced that discussions are being carried out to make the required salary adjustments. However, they also pointed out that the country’s income is still very badly affected by the blockade and the illegal US sanctions.

Meanwhile, some unions and opposition parties are trying to take advantage of the teachers’ natural discontent to advance their political agendas. Analysts, however, estimate that such strategies will not be successful since the Venezuelan people recognize the shady interests of the opposition politicians and are tired of being used by this sector which has enriched itself by stealing Venezuelan assets and resources abroad.