Dr. Gary Null and Richard Gale, Global Research, December 02, 2022 — All we need to do is take a broad glance across the radical changes that have taken place since the turn of the millennium to realize the rapid degeneration of American culture and society. To acknowledge that the US is now at its lowest point since the founding of the nation is an understatement. And yet we cringe at the need for having serious conversation with ourselves. As a civilization, and this applies to many other developed nations that the US considers to be allies, we refuse to reflect back upon what should have been done to have mitigated our path towards self destruction and what we have enabled to be done and worse directly participated in. 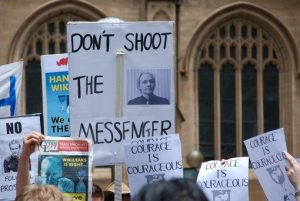 This week, the New York Times, along with several other mainstream media publications, have finally come forward to challenge the US government’s indictment of Julian Assange on accusations of treason. However, these have been the very same media outlets who relied on Wikileaks’ materials and investigations while at the same time giving vocal support to the government’s criminal charges. Assange’s revelations were not only accurate, but from the perspective of a higher moral ground Assange’s activities were heroic. But for the powerful, who engage in reprehensible criminal actions, Assange must be punished. Some elected officials have gone so far as to advocate for his execution.  The media’s complicity in promulgating the government’s condemnation of Assange, and every other whistleblower who reveals government cover-ups and crimes, displays a collective cowardice. How many other revelations might there be if the media didn’t fear people like Assange who bring forth new information about government and corporate improprieties and corruption?

Looking back at the gradual decline of American education, how did we reach a stage where teaching Math or English can be racist? However, today the cult of cultural woke claims it is. Teachers are unwillingly forced to acquiesce to their unions’ demands to embrace critical race theory, a distortion of fundamental psychological principles that is determined to discover racist tendencies present in every aspect of human interaction.  Critical race theory’s egregious threat to any potential goal to reach a unifying civilization is its assault on the very idea of a free society. Woke ideology’s mission is to dismantle a free society where there is only a collective and no longer distinct individuals capable of exerting free will. In fact, similar to ranting New Atheists such as Sam Harris and Daniel Dennett, the advocates of wokeness deny free will exists.  Pretending to be the postmodern champions of civil rights, its followers instead erase whatever has been gained by  history’s protectors of human rights. Every imaginable absurdity of human creativity is simply thrown into the heap of irrational nonsense, hyperactive emotional afflictions, to be codified into laws. And those who resist should be banned, censored and punished.

The consequences of the dumbing down of the Western mind to a level of adolescent tantrums is being witnessed in all its perverted glory during the Covid-19 pandemic and more recently following Russia’s special military operations to de-Nazify and demilitarize the Ukrainian Russophobic regime. The inanity of America’s political elites and their European allies following the Obama/Clinton 2014 coup in Kiev has now created a hot war with Russia by proxy, a war NATO is incapable of winning. Again we observe the outright ludicrousness of our media spinning absurd propaganda lies and misinformation that defies any reality based upon facts. Virtually everything we have been told about the efficacy of face masks, lockdown policies and the mRNA vaccines, as well as Zelensky’s imaginary victories against an overwhelmingly superior Russian military, has been sheer fantasy.  The official narratives regarding both the pandemic and the new cold war against Russia indicate that a kind of woke-based mentality has penetrated our entire executive and legislative branches of governance. This grotesque twisting of the intellect needs to rewrite history in order to mask its underlying stupidity. 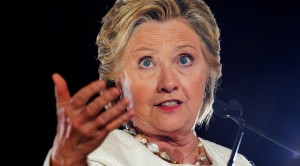 This trend to revise history to accommodate their inhumane military escapades for regime change was on full display during John Stewart’s recent interview with Hillary Clinton and Condoleezza Rice. The two former hardened neocon secretaries of the State Department twisted, gnarled and fabricated documented facts to excuse their military campaigns to violently  bring about regime changes to sovereign nations, despite whatever criticism one may have against those countries.  And the American public, regardless of the lies voiced by the media, that can simply put on their thinking caps and do a little bit of extracurricular reading after turning off CNN, MSNBC and the other compromised news networks rooting for the American imperialist project.

Oddly, for reasons that are difficult to fathom in their entirety, the political, industrial and corporate machinery speak in a single voice and refuse to challenge official chronicles built upon delusional aspirations of total control. Three years into the Covid era, it has only been the cadres of courageous physicians, nurses and scientists who have broken away from the hypnosis of the NIH-Big Pharma matrix to speak truth at enormous cost to their reputations and careers. They too are being canceled and threatened with the loss of their medical licenses for observing the inconsistencies and contradictions between evidence based scientific data and the cherry picked science sanctified by the federal health agencies and Gates funded global medical institutions, such as the World Health Organization.

During the course of the pandemic, we are observing our cities being increasingly ghettoized. Covid lockdown policies have resulted in the closure of thousands of small businesses and a complete restructuring of the employer-employee relationship. During the phase of dramatic unemployment, Western cities and districts have essentially legalized random looting of stores. In effect, California’s Prop 47 forbids employees to interfere with looters or else be branded as racist. In Los Angeles, San Francisco, Portland and Seattle, gangs send street thugs and homeless people to load up on merchandise under the helpless watch of security guards.  Even large national chain stores have had to close in many cities. How can any society be considered sane when authorities support thieves over the rights of store owners who are victimized? In New York, practically crime has been unofficially ruled as legal with a revolving door policy between the street and the court with an unlikely chance of being sentenced to prison. Consequently criminals continue to rob citizens, jack cars, sexually harass or even on occasion kill while knowing they will likely be released. All the while, the victims of these crimes are ignored.

The majority of Americans, both on the left and right, suffer from chronic confirmation bias and a rigid self-righteousness about the superiority of American values and ideals. This cultural blindness is especially pernicious in the halls of government and corporate boardrooms. The consequence has been that Americans exhibit a remarkable ability to evade criticisms against the degenerate trends in the US that are being witnessed by leaders in foreign nations. For example, regardless of your opinions about China’s ruling Communist party and its human rights record, the Chinese government is widely recognized for having achieved a miracle by lifting nearly 800 million of its citizens out of poverty during the past four decades, according to the World Bank. Therefore, when the Chinese government observes the growing poverty in cities across America and rising crime it is viewed as an abomination of human decency. For a nation that prides itself in winning the economic race against China, it is disgrace we seem unable to lift 38 million citizens out of poverty. Average Americans carry exorbitant debt with no relief or security in sight.

The failure of American education is another shameful plague ravishing youthful minds. Woke liberalism encourages children to act and make decisions without parental knowledge or consent. In place of the nuclear family, the state is becoming the new surrogate. In order to protect students’ fragile emotions, colleges need to become stress-free sanctuaries of comfort and entertainment with easy access to anti-anxiety-depression medications and legions of behaviorists and counselors to ensure students’ mental afflictions are normal and precious. In the past, unless teachers and professors engaged in a morally egregious act, students collectively demanding their expulsion was unheard of. Today, woke students are organizing to remove any professor who even mistakenly offends their precious race theory sentiments.

All of the points noted above have now been institutionalized into a  faux liberal Democrat Party and being imported into corporate human resource departments. A weird political wokeness is now becoming the Democrats’ fundamental zeitgeist.  As long as the public identifies with this aberrant corporate Democrat ideology, they are protected. On the flip side, Republicans nurture their own delusions, which would lead to a social landscape similar to Russia. We are stuck with a pathetic choice between two destructive political calamities. In the meantime, everywhere we look America is descending to a third-world status with a much larger bank account. US healthcare is the most expensive in the world– $4 trillion annually–but the nation ranks at the bottom of the 39 other developed countries. How is it that medical errors and prescription drugs is the third leading cause of death and now quickly overtaking cancer following the roll out of the experimental Covid vaccines?

Sadly, there seems to be no effort by America’s leadership to remedy the causes behind our social and cultural collapse. There is no reverse gear in American politics. Nor is there any remorse for the poor decisions that are ushering our domestic downfall. And the public repeatedly fails to organize independently of their political allegiances to hold anyone accountable.  Where are the demonstrations against our military ventures destroying numerous innocent lives overseas or protests against domestic policies contributing to homelessness, poverty, injustice, etc.  Like the Romans, our political architecture gives the public bread and circus, a 24/7 hundred course meal of rapacious hedonic imagery and lies broadcast through a highly propagandized media. Daily we witness the images and sound bites of a nation engrossed in a debauchery that Dante couldn’t have imagined and yet we either applaud or remain silent.

Can anyone think of a single groundbreaking accomplishment by either political party that has made the US or the world a more equal and safer place to live during the past three decades?  We have failed to do so.

Richard Gale is the Executive Producer of the Progressive Radio Network and a former Senior Research Analyst in the biotechnology and genomic industries.

Dr. Gary Null is host of the nation’s longest running public radio program on alternative and nutritional health and a multi-award-winning documentary film director, including his recent Last Call to Tomorrow