Africa in Review 2022, II: Peacekeeping and the World Economic Crisis

During the course of 2022, the security situation in the eastern areas of the Democratic Republic of Congo (DRC) became a flashpoint for international concern and East African military intervention.

The-then outgoing Kenyan President Uhuru Kenyatta through a series of statements provided a clear indication that his country, the largest economy in the East African Community (EAC), would send a military force to the contested areas of the DRC where the credibility of the United Nations Peacekeeping Force (MONUSCO), which has been in the mineral-rich state for nearly two decades, has completely evaporated.

Since November 2021, the rebels have escalated their attacks on civilians while fighting several battles with the Congolese military. These M23 fighters are making demands on the DRC government in Kinshasa claiming that the previous administration of President Joseph Kabila had refused to integrate them into the Congolese national defense forces.

The clashes between M23 and the recently arrived EAC peacekeeping forces are ongoing despite the multilateral agreement which was reached in the Republic of Angola during November where the governments of the DRC and Rwanda settled upon a disengagement of forces. M23 was not a part of the negotiations and consequently is not a signatory to the agreement.

Angola and the DRC are member-states of the Southern African Development Community (SADC) which encompasses 16 governments from throughout the sub-continent and Indian Ocean island-territories. However, the soldiers involved in the EAC peacekeeping operations are all from East Africa. (See this)

Mass demonstrations have been held in several towns in the eastern DRC against the continuing presence of MONUSCO. Residents of these communities in North Kivu around Goma and other areas say that the UN peacekeepers are not fulfilling their mandate to protect civilians from violent attacks by the M23 rebel organization.

According to a recent report on the situation in eastern DRC:

“Fighting between the Armed Forces of the Democratic Republic of the Congo (FARDC) and suspected members of the M23 rebel group continues in North Kivu Province as of Dec. 28. Clashes reportedly resumed Dec. 26 in the Bishusha, Tongo, Karenga, and Karuli areas. Around 50 people suspected of collaborating with ethnic Hutu Congolese militias were also reportedly kidnapped by M23 rebels in Rusekera. This comes after forces of the East African Community (EAC) officially took back control of Kibumba, a town located about 20 km (12 miles) from Goma, Dec. 23, after the M23 rebels withdrew from the area following a joint conference between the M23, officials of the EAC regional force and some members of the Joint Verification Mechanism of the Great Lakes region, Dec. 22.”

Neighboring Rwanda has been accused of arming and bankrolling the M23 rebels. Rwandan President Paul Kagame denies backing the rebels despite the allegations being made also by the United States and France.

M23 is reportedly composed of the Tutsi ethnic group which lives in the eastern DRC. The rebels are often described as Rwandans since they come from the same ethnicity as the ruling party in Kigali.

The 1994 genocide in Rwanda remains a cornerstone of Kagame’s domestic and foreign policies. Hutu ethnic leaders who controlled the Rwandan government during the early 1990s coordinated the attempted extermination of the Tutsis. The Rwanda administration accuses the DRC of harboring the same Hutu elements which carried out the mass killings nearly three decades ago. France, which had troops in Rwanda at the time when the genocide which began in April 1994, has had a rocky diplomatic relationship with Kigali.

Until the processes of reconciliation and renewal are satisfactorily completed in regard to the events of 1994, there will continue to be tensions between the two major ethnic groupings in Rwanda. Neighboring states in East and Central Africa cannot avoid being cognizant of this history which is a manifestation of the legacy of German and Belgian colonialism which institutionalized ethnic stratification and animosity during the late 19th century extending well into the conclusion of the 20th century.

SADC, Rwanda and the Security Crisis in Mozambique

Although there are no SADC peacekeeping forces operating in the eastern region of the DRC, they are involved in another member-states’ security crisis, that being the Republic of Mozambique. Interestingly enough, Rwanda, which is considered an aggressor by the DRC administration of President Felix Tshisekedi, is playing an important role in the counter-insurgency efforts in northern Mozambique. 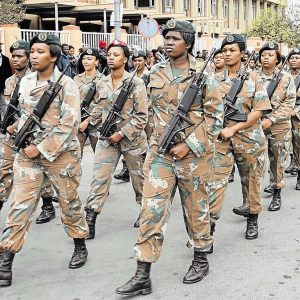 France. which has been reluctant to accept any responsibility for the genocide in Rwanda, appears to be cooperating with Kigali which deployed its military forces operating in Cabo Delgado protecting the natural gas resources being developed by Total, a French-based energy firm.

Due to the armed attacks by the Islamist insurgents, which appear to have no connection with the rebels of the same name in the Horn of Africa state of Somalia, the LNG development was suspended during 2020. With the intervention of Rwanda and the SADC Mission to Mozambique (SAMIM), the situation has improved significantly enabling the production and export of natural gas to resume.

SADC on its website says of the mission in Mozambique that:

“The operation of SAMIM is supported by the Regional Coordination Mechanism (RCM) which reports to the Head of Mission and the SADC Executive Secretary. Since its deployment, SAMIM has registered a number of milestones, including recapturing villages, dislodging terrorists from their bases and seizing weapons and warfare material, which has contributed to create a relatively secure environment for safer passage of humanitarian support. Additionally, members of the community have developed confidence in SAMIM forces, feeling more secure and allowing internally displaced persons to return to their normal lives SAMIM comprises troops deployment from eight (8) Personnel Contributing Countries from SADC namely, Angola, Botswana, Democratic Republic of Congo, Lesotho, Malawi, South Africa, United Republic of Tanzania and Zambia, working in collaboration with the Forças Armadas de Defesa de Moçambique (FADM) and other troops deployed to Cabo Delgado to combat acts of terrorism and violent extremism.”

Insecurity and the Anticipated Global Recession

The securing of energy resources during this period is essential in light of a burgeoning economic crisis throughout the AU region and the world. With the onset of the COVID-19 pandemic three years ago, the capitalist world has undergone tremendous turmoil necessitating the reconfiguration of the production of goods and services.

Compounding the efforts to emerge from the pandemic-induced higher levels of displacement, business closures, supply chain bottlenecks and far higher rates of inflation not experienced in four decades, are undoubtedly, the circumstances which prompted the Russian special military operation in Ukraine. Oil and natural gas became weapons in the war by the U.S. and its North Atlantic Treaty Organization (NATO) allies to weaken Russia and even remove the administration of President Vladimir Putin.

As the war approaches its first anniversary, there is no consistent indication that the White House will seek a negotiated settlement between Kyiv and Moscow unless it involves a complete capitulation to NATO. The imperialist military alliance has been expanding its membership and territory since the collapse of the socialist countries in Eastern Europe and the Soviet Union during the late 1980s and early 1990s.

The administration of President Joe Biden has proven its Cold War credentials by starting a protracted war in Eastern Europe and provoking military operations by the People’s Republic of China involving Taiwan. Outgoing Speaker of the House Nancy Pelosi led a Congressional delegation to Taiwan making a direct threat to Beijing and repudiating the “One China” policy in effect since the 1970s.

Consumer prices for petroleum, electricity and natural gas have risen substantially since February of 2022. The costs for food, transportation, rents, mortgages and other essential products and services have increased making life even more difficult for billions of people around the world.

Although the Biden administration and NATO has sought to make Moscow appear as the instigator of the Ukraine war, the origin of the current conflagration extends at least back to 2014 when the former President Barack Obama’s White House engineered the overthrow of the Ukraine government and the violent suppression of the Russian population along with anti-fascist forces.

African people must take all of these factors into consideration in formulating domestic and foreign policy imperatives for the coming year and beyond. The scarcity of energy resources within the NATO countries has already resulted in greater demand for the continent’s natural gas and oil. This has been evidenced with the visit by French President Emmanuel Macron to Algeria during 2022 in his campaign to mitigate the negative impact of natural gas shortages stemming from sanctions against Russia.

The AU member-states must leverage this demand from Western Europe to build up its infrastructure in preparation for the coming economic downturns. Consequently, Pan-Africanism is a necessity for the continent in order to achieve sustainability and genuine development.