An online poll launched by the Global Times on Saturday asking respondents whether the UN Human Rights Council should conduct a field investigation into US human rights violations has drawn more than 247,000 participants as of press time on Sunday, with over 96 percent supporting the proposition.

In answering the poll, many netizens left messages on the page to voice their support for a thorough investigation of the US’ gross human rights violations. Some netizens said that “the US is doing a lot of things against humanity in the name of humanitarian actions” while some said “the US government is indifferent when its own people suffer from systematic violations of human rights but is keen to attack other countries under the guise of ‘human rights.'”

On the Global Times Twitter account, some netizens said the so-called beacon of human rights does not shine a light on its dark history, and the US’ move presents a vivid image of “a thief shouting to catch a thief.” Demonstrators hold up fists during a protest over the death of George Floyd in Chicago, the United States, June 6, 2020. Photo:Xinhua

The poll came after the 50th session of the UN Human Rights Council was held in early July, during which representatives of many countries harshly condemned the US for having discredited and smeared other countries under the banner of “human rights” and voiced concerns and criticism over its human rights abuses.

Human rights scandals continue to emerge in the US, igniting public anger in the world’s largest economy and shocking the world. From the Robb Elementary School in Texas to Chicago, mass shootings and killings across the country have become a bloody “American plague” feared by the American public, the introduction to the poll read. 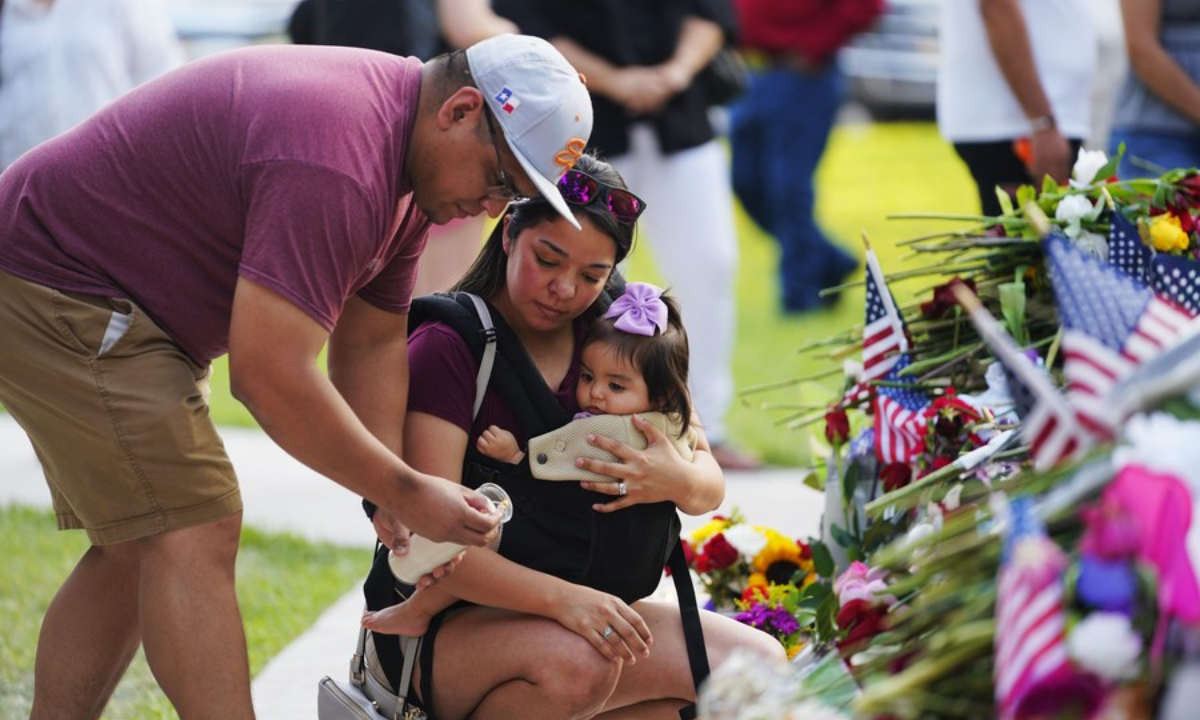 People mourn for victims of a school mass shooting at Town Square in Uvalde, Texas, the United States, May 28, 2022. Photo:Xinhua

Suspects in the killings have even involved American police officers, as eight police officers went on a shooting spree against an unarmed young African-American man whose body was found with more than 60 gunshot wounds, further sparking the anger of Americans against racial discrimination.

More shockingly, the US Supreme Court vastly expanded gun rights by striking down a nearly century-old New York law restricting the concealed carrying of guns, according to the GT poll introduction.

In addition, the US Supreme Court officially overturned the Roe v. Wade decision and denied the protection of abortion rights under the US Constitution, completely ignoring the basic rights of women. The shocking human rights scandals in the US and the regressive decisions of American policymakers have drawn increasing attention from the international community, it said.

The poll then asks respondents to cast their vote on whether the shocking human rights abuses in US should be investigated by the UN Human Rights Council.

In February, China’s State Council Information Office (SCIO) issued its Report on Human Rights Violations in the US in 2021, which said the human rights situation in the US, which has an infamous record, worsened in 2021 as political manipulation led to a sharp surge in COVID-19 deaths, and shooting deaths in the country hit a new record. 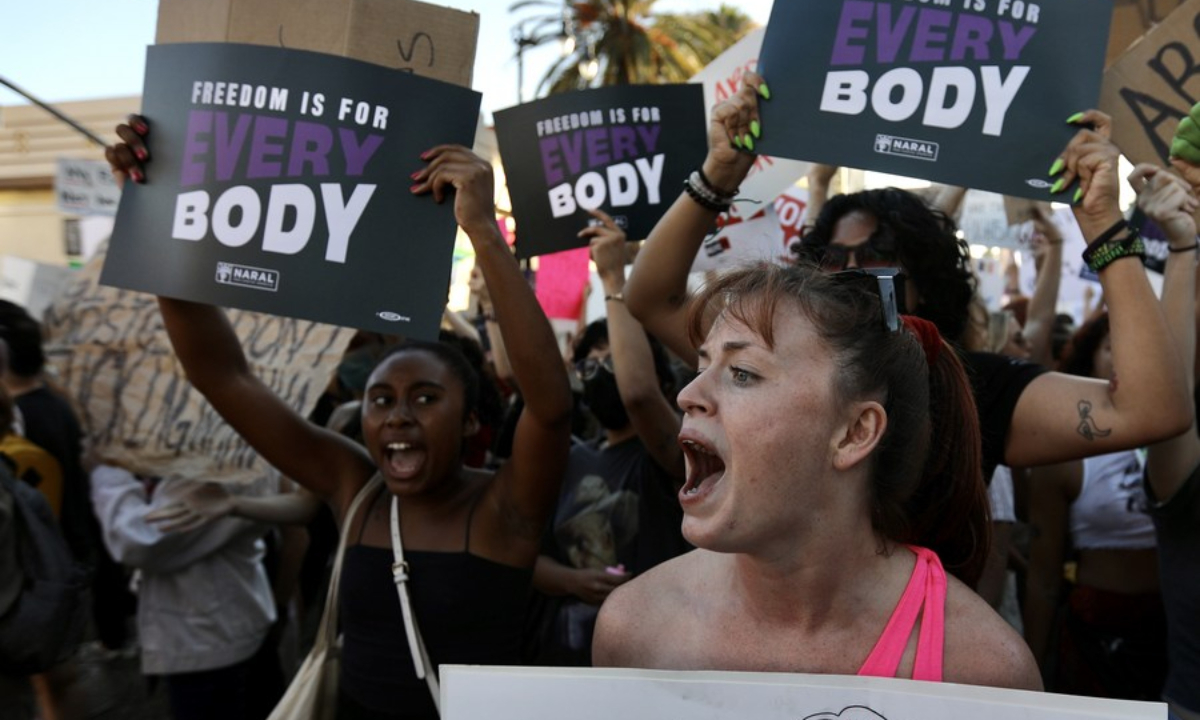 The SCIO report revealed that despite having the world’s most advanced medical resources, the US has recorded the biggest numbers of COVID-19 infections and deaths globally. But the US government is not rethinking its approach and still lacks effective anti-epidemic plans. Instead, it stoked the origins-tracing of COVID-19, and has been keen on passing the buck, shifting the blame and conducting political manipulation.

In a latest series of stories, the Global Times uncovered the four crimes of the US, a real “modern slavery empire,” which showed that at present, more than 150 years after the abolition of slavery in the US, problems still exist in the country – inmates in prisons are subject to labor exploitation, minors working as child laborers are abused, human trafficking remains rampant, and so on.

Chinese experts noted that some US politicians have racked their brains to fabricate the “sad narrative” of “forced labor” in China’s Xinjiang region, but a lie repeated a thousand times still remains a lie. It is the US, a self-claimed “human rights defender” and “beacon of freedom,” that should be held accountable for using forced labor, as the tragedies happening on US soil plainly demonstrate the US’ disregard for basic human rights and their brutal exploitation of the country’s workforce.