$54 Billion for Ukraine While America’s Millions Suffer in Poverty

Chaitanya Davé, Global Research, August 2, 2022 — Biden Administration had an option to stop the Ukraine War from taking place in the first place by not inviting Ukraine to join NATO and making Ukraine a neutral country. But it chose the war. Why? Why suddenly so much concern for the people of Ukraine?

Is it because it is a country populated by white people? In 1994, President Clinton did nothing while genocide of Tutsi ethnic Rwandans was going on in Rwanda resulting in the deaths of some 500,000 to 662,000. Was that utter neglect because these were black people?

Or is it because there is a considerable number of Ukrainians living in the United States who would vote for Biden’s reelection in 2024? Or is it because usually a war president gets reelected? Or was it that Biden wanted to look “macho”, a president who cowed down Russia, our long-created perennial enemy? Or are Biden administration, and the Pentagon pursuing the policy suggested by recent Rand Corporation thesis to break up Russia by weakening it by this brutal war? Or are he and the democrats paying back the ‘defense’ contractors—for their donations to the Democrats during elections– with billions of dollars in profit by this war?

Many times, our politicians get their clue from the many think tanks such as The Rand Corporation, existing in the country.

The Rand Corporation’s April 2019 article on Russia recommends that we should overextend and weaken Russia by directly addressing its vulnerabilities, anxieties, and strengths, exploiting areas of its weakness while undermining Russia’s current advantages. Further it states that “Russia’s greatest vulnerability, in any competition with the United States is its economy.” It seems, that is what United States has embarked upon to do by provoking Russia to invade Ukraine. United States’ purpose in this regard being to weaken Russia militarily by this proxy war but also to weaken Russia economically by brutal sanctions ever imposed on a country to such a degree ever, which this war has provided the United States the excuse for doing just that.

It could be a combination of some or all these factors while thousands of Ukrainian and Russian soldiers and Ukrainian civilians are being killed with this unfortunate war that could have been avoided as many foreign policy experts opine.

Our government has doled out more than $54 billion in arms and other categories to Ukraine during this Ukraine War. Much more to come as the war drags on.

These billions are not coming from our president’s or other politicians’ pockets, they are taxpayers’ money which will ultimately be paid by us, taxpayers. Have they asked us the taxpayers whether they should donate such huge amount to a country which has done nothing for America?

President Biden’s son, Hunter Biden, supposedly made $11 million from 2013 to 2018, being made member of Board of Directors of Ukraine gas company Burisma, though he had no knowledge of gas production, refining or transportation.

Biden, Nancy Pelosi, Michell McConnel, Jill Biden, etc. went and paid visit to Zelensky and his wife. Why so much love and respect for Ukraine and its president as if he had become a world statesman suddenly? 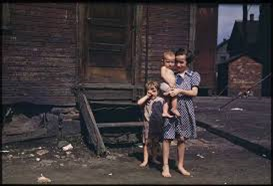 Feeding America, the nation’s largest hunger-relief organization, says 54 million Americans are going hungry today. Poor People’s Campaign (PPC) cites 140 million poor and “low-wealth” people in America today, which is 42 percent of the U.S. population. What a shame for the richest country in the world!

Black Alliance for Peace (BAP) says “Thinking Beyond Ukraine: Their War is Not Our War.” These activists have pointed out that the COVID-19 pandemic could be addressed in the United States with $16 billion, while $60 billion per year in federal housing vouchers could solve the U.S. homelessness crisis.

“How dare we stand by as billions are spent on war when children all over the world, and here in Kensington (a Philadelphia neighborhood), go without water, healthcare, food, or a place to lay their heads tonight,” said Cheri Honkala, PPEHRC’s–Poor People’s Economic Human Rights Campaign—founder.

Some 3.4 million children live in poverty in America as of February 2022. In other words, 1 in 6 US kids are in poverty. Some 14.4 % of America’s population or around 45,950 million Americans live in poverty today. 6 in 10 Americans don’t have $500 in their savings account. This shows how much majority of Americans are struggling to make two ends meet. Inflation has surged to more than 7%, the fastest in the last 40 years. Some 69% of Americans have less than $1000 in their savings account; that is in the richest country in the world.

Despite all this poverty in America, Biden administration doles out $54 billion to a country which has no strategic importance to the United States. What has our government done for the struggling poor millions in this country? Instead of taking care of its own poor people, the US is bent on hegemonic domination around the world.

Hundreds of millions of people are suffering and will suffer because of this avoidable war, not to mention the poor people of Ukraine as well as those of Russia.

Ultimately, United States’ provocation of Russia resulting in this brutal but avoidable war will go down in history as one the most irresponsible and reckless act committed by the United States, a foreign policy blunder that could trigger a nuclear war between Russia and the United States.

Chaitanya Davé is a Chemical Engineer based in Southern California, founder and president of “Pragati Foundation”, a non-profit charity helping the poor villagers of India, Nepal, Haiti, USA-homeless. Author of three books: Crimes against Humanity, A Shocking Record of US Crimes since 1776-2007, Collapse: Civilization on the Brink-2010, and Capitalism’s March of Destruction (2016-20).